Dal Bafla is a soothing variation of Rajasthani Dal Baati. Baati is directly baked in the oven, whereas Bafla is first boiled and then baked. This process makes Bafla soft! Here is how to make Dal Bafla. 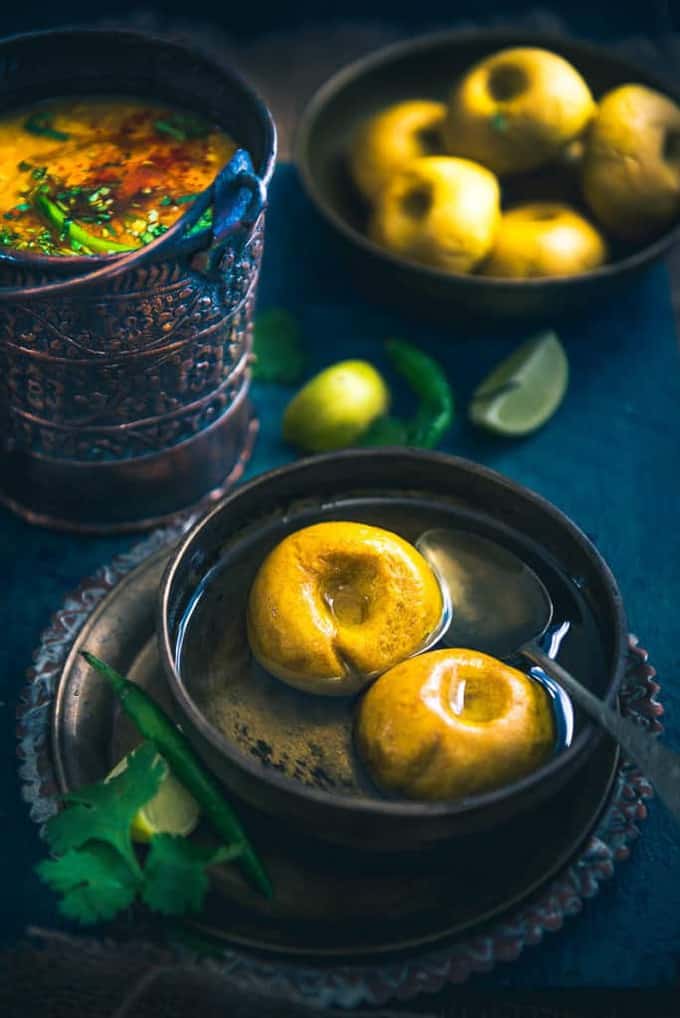 I was born in Rajasthan, the land of royalty, grandeur, and congeniality. How could I help but not get influenced by its culture and its cuisine! Wherever I go, whatever I do, I would always have the treasure of memories of this land etched in my heart.

Most of all, I cannot dismiss the appetizing taste of Rajasthani cuisine that still lingers on my palate. Make these Churme Ke Ladoo and Rajasthani Laal Maas open up a box full of memories for me!

But having grown up in UP and traveling to various parts of the country, I also got to taste a similar version of Baati which is Bafla while out travel to Madhya Pradesh and some parts of UP.

Baati is directly baked in the oven, whereas Bafla is first boiled and then baked. This process of boiling before baking renders it a pleasantly soft texture in comparison to Baati.

The ingredients used for making Baati are almost same as those of Bafla, except that there is some maize flour added to bafla which is generally not in Baati. Prepared using whole wheat flour, corn flour, ghee, baking soda, curd and turmeric powder, it can be eaten whenever you feel like eating a wholesome meal or snack.

Dal Bafla is usually served with a simple Malwa Dal but it can also be served with Panchmel Dal while it is still piping hot. Instead of eating Baati again, make Dal Bafla to try out something new this weekend, okay? Following is its recipe: 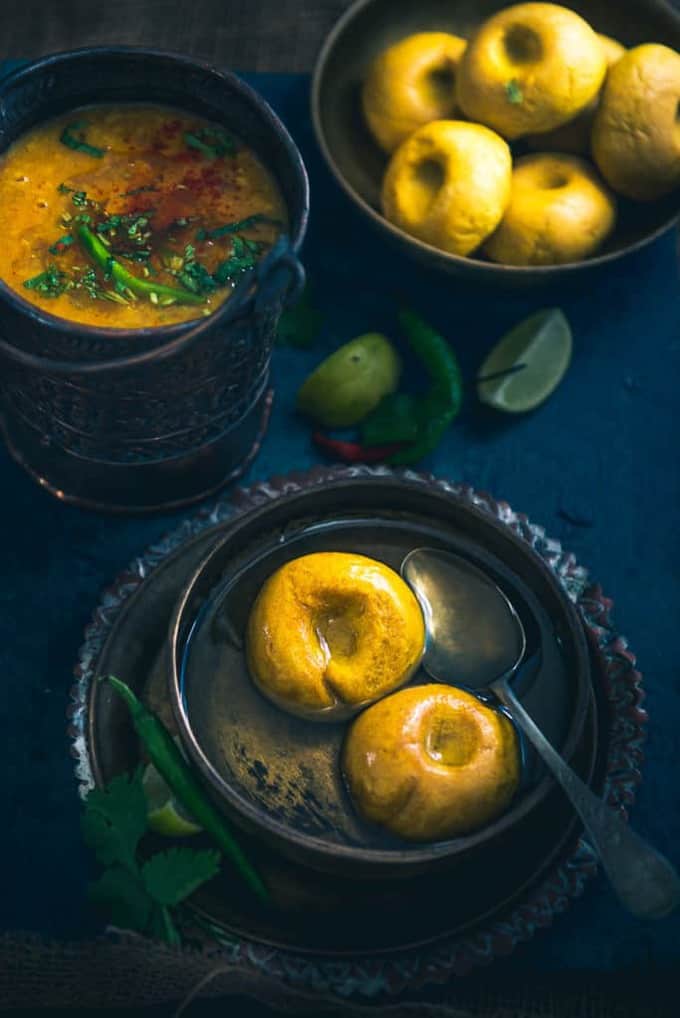