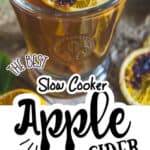 This Homemade Apple Cider is a breeze to make at home and the taste is superlative. Not to mention it will only cost you a few pennies to make a big batch at home. Here is how to make it at home. 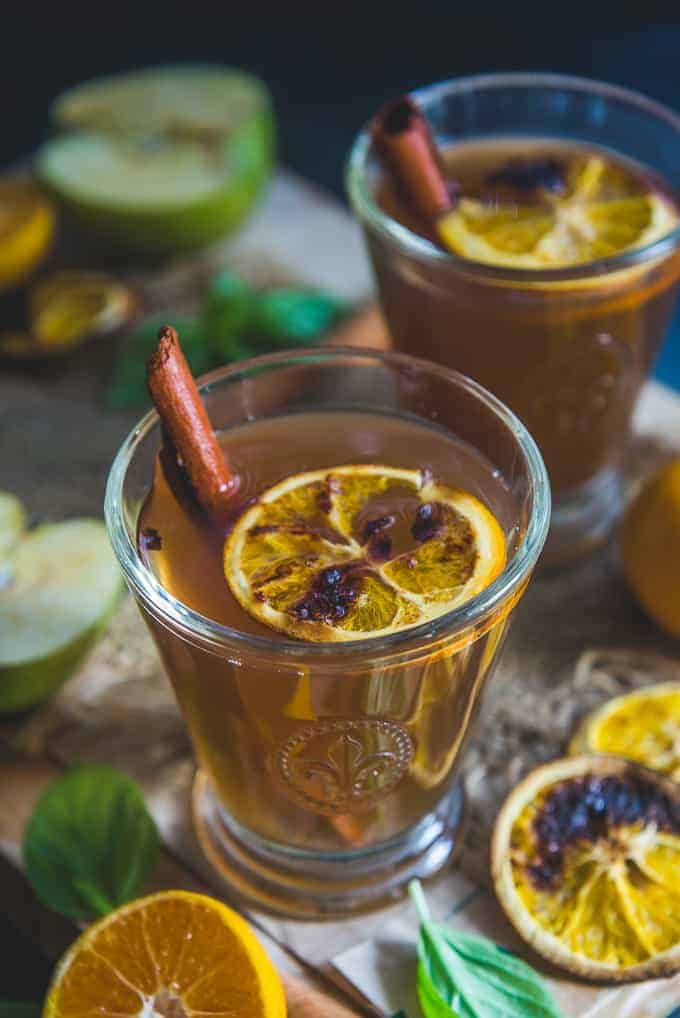 What is Apple Cider?

“Apple cider (also called sweet cider or soft cider or simply cider) is the name used in the United States and parts of Canada for an unfiltered, unsweetened, non-alcoholic beverage made from apples.

Though typically referred to simply as “cider” in those areas, it is not to be confused with the alcoholic beverage known as cider throughout most of the world, called hard cider (or just cider) in North America.

It is the liquid extracted from an apple and all its components, that is then boiled to concentration.

The liquid can be extracted from the apple itself, the apple core, the trimmings from apples, or apple culls.

Once pressed mainly at farmsteads and local mills, apple cider is easy and inexpensive to make.

It is typically opaque due to fine apple particles in suspension and generally tangier than commercial filtered apple juice, but this depends on the variety of apples used.

Cider is typically pasteurized to kill bacteria and extend its shelf life, but untreated cider is common.

In either form, apple cider is seasonally produced in autumn.

It is traditionally served on the Halloween, Thanksgiving, Christmas, and various New Year’s Eve holidays, sometimes heated and mulled.”

To make this recipe, very basic ingredients are used. I have used a mix of apples like Gala, Granny Smith and Red Delicious for a complex mix of flavors.

Red Delicious and Gala gives the perfect sweetness and Granny Smith the tart to this cider.

Apart from the apples, I have used Naval Orange and one lime for that refreshing touch.

I have added some brown sugar and vanilla extract in this recipe too. You can totally skip it if your apples are too sweet.

Or else you can use honey or maple syrup instead.

Spices like cinnamon and cloves give this Apple Cider the much-required warmth.

You can add some alcohol if you wish to before serving it. It goes very well with the drink.

I used my slow cooker to make the Apple Cider, but you can cook it in an instant pot or over a stovetop.

You just have to dump all the ingredients in the pan and cook until apples are nicely cooked in the liquid.

Then mash the apples and strain the liquid and tada, the cider is ready.

Apple cider tastes best when warm. Strain the cider and serve it in glass mugs.

Garnish with a slice of fresh orange and cinnamon stick.

You can add a dash of vodka or rum to the cider if you wish to.

Strain the mixture through a fine-mesh strainer and discard the pulp. 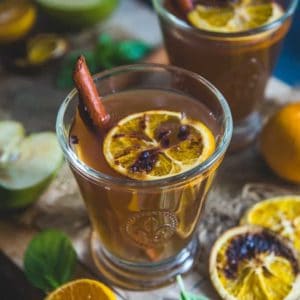 You can make the cider in a pan as well.