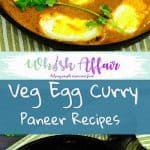 Paneer ke Ande or Veg Egg Curry  is a vegetarian curry where grated panner is shaped like an egg and simmered in a rich and creamy makhni gravy. Here is how to make Veg Egg Curry. 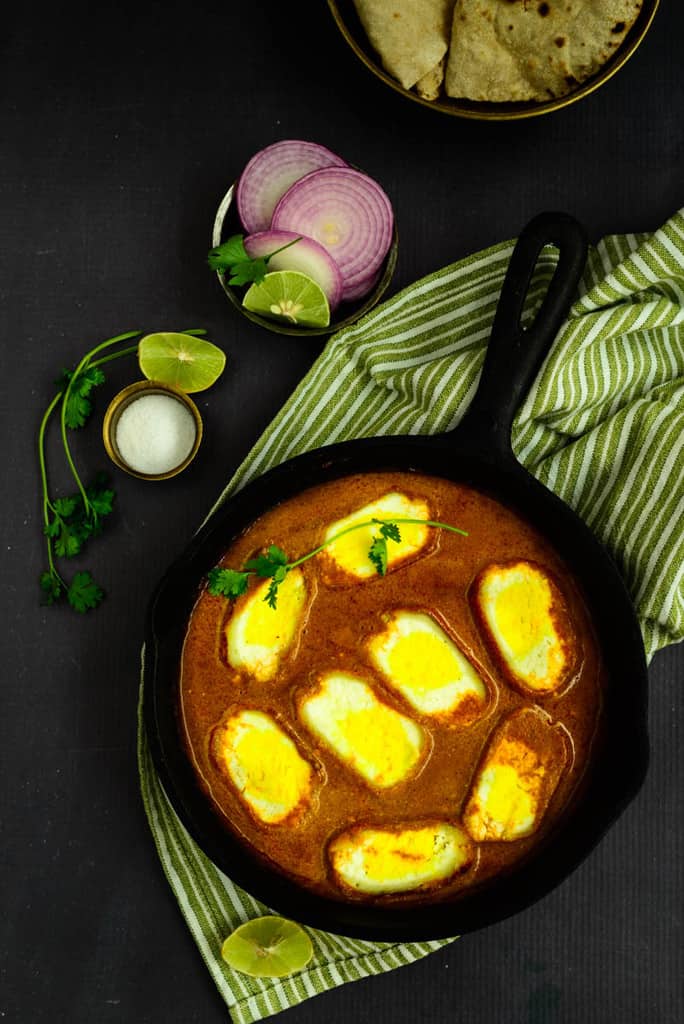 My mom is a culinary enthusiast. Whenever she finds time, she rushes to the kitchen and crafts a magical dish for all of us. The simple ingredients were converted into works of art and we used to eagerly wait for the next creation.

Paneer Ke Ande is one of those recipes which she made pretty often. It was very well appreciated and when we had guests at home, it was a delicious change from the regular Matar Paneer which was usually on the menu! Being kids, we eagerly waited to relish Paneer Ke Ande during holidays and summer vacation.

This paneer dish looks just like egg curry and at first, you might wonder whether this is a egg recipe. Even if this paneer curry is brought in front of you, you might be taken by surprise. This recipe that I’m posting is completely vegetarian and it’s going to be a hit among the vegetarians out there. 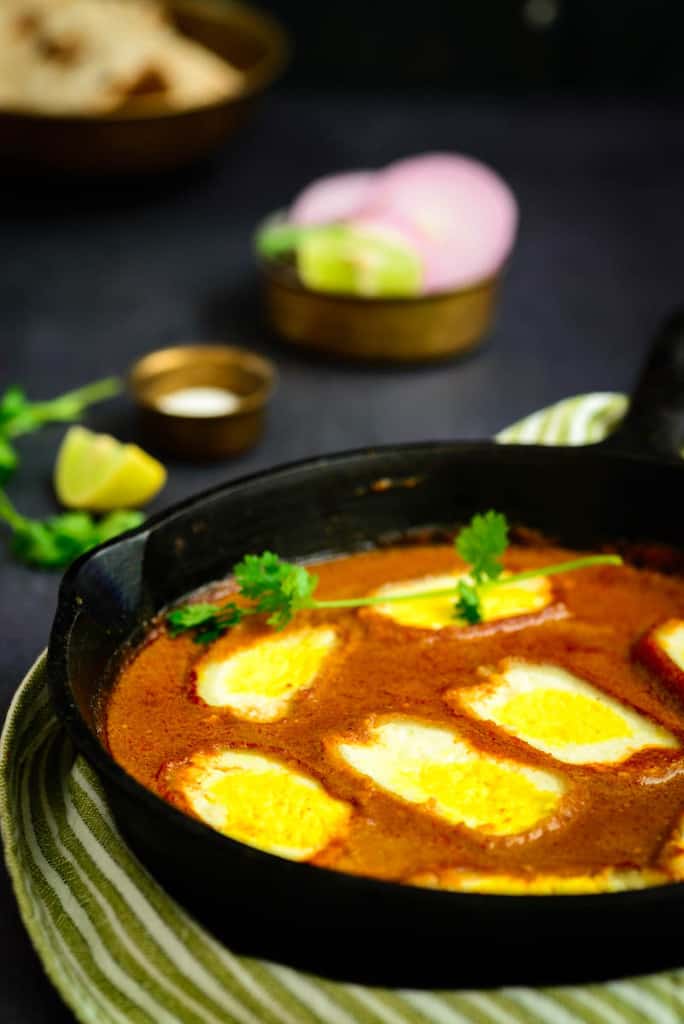 It’s brilliant how the simple paneer has been dressed up to look like an egg, but with the mix of masalas and paneer, this is a wholesome veg dish that’s very intriguing to look at and enjoyable too. Here the veg egg curry take center stage and we’re not adding anything else to this dish, but if you wish, you could also add cooked potato cubes.

Moreover, it got made in just 5 minutes, keeping the taste of a makhani gravy intact. The recipe instructions on the back of the pack calls for adding paneer pieces in the gravy but I gave it my own twist by adding my Mom’s signature recipe of Paneer Ke Ande. 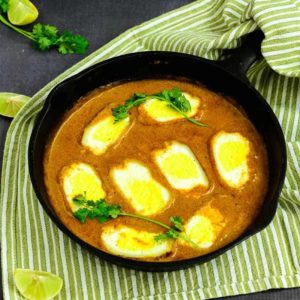 Calories: 311kcal | Carbohydrates: 7g | Protein: 14g | Fat: 25g | Saturated Fat: 15g | Cholesterol: 66mg | Sodium: 25mg | Calcium: 480mg
Pin this recipe for later use!I LOVE to see your creations so pin and mention @WhiskAffair!
Sign up for regular updates?I would love to have you as part of my journey. Click to sign up!