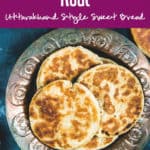 Roat is a Uttarakhand Style Sweet Flatbread which is subtly flavoured with fennel seeds and cardamom. Here is how to make it. 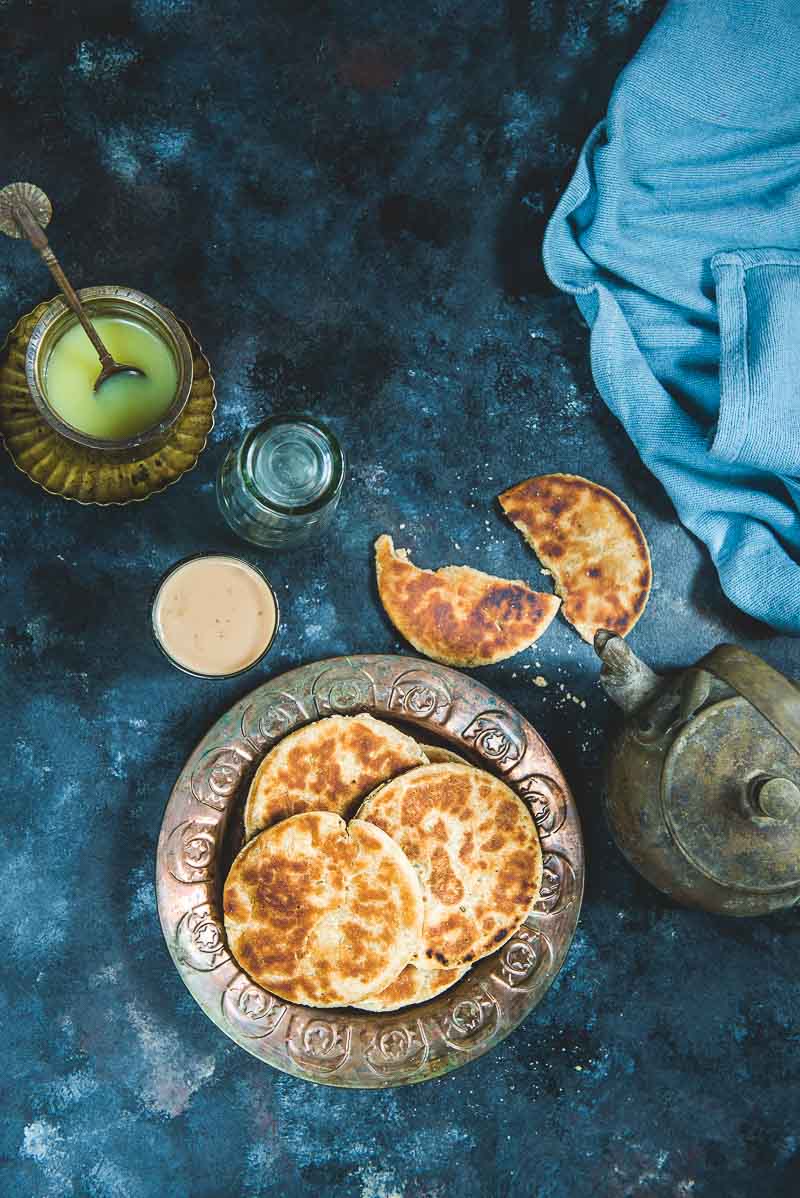 Roat is a very popular sweet bread that is made in the Northern regions of Uttarakhand.

It’s specially made for wedding functions and festivals. As a sign of celebration, this bread is made in large numbers and served to the friends and relatives of the wedding party.

There is also a similar dish called Roat that is made in Hyderabad for weddings, but that is quite hard on the outside and tastes more like a cookie.

This Roat is subtly flavoured with some crushed fennel seeds, cardamom and jaggery that gives it sweetness.

This mix of flavours is what gives this popular bread a rather unique taste. Traditionally, this flatbread is made for Hanumanji’s festival – Jhandi and in Hyderabad, it’s made during Muharam.

This Roat bread also tastes quite similar to the Afghani flatbread, in texture, but the flavours are quite different.

To make this sweetened flatbread, first, the grated jaggery is to be melted in a pan. Then the mixture is left to cool for some time.

Then to make the bread dough, some chilled milk is added in a little by little and kneaded into the dough.

The dough is mixed such that it forms stiff peaks, after which it is kept aside for a few minutes.

Then the dough is divided into equal parts and rolled out to form a small circle.

It’s important to keep the circle slightly thick so that the texture of the bread is maintained.

Then a griddle is heated and the roat is cooked on it till brown spots appear on both sides.

Then a little ghee is added on each side and it’s left on the griddle till it’s nicely crispy and browned on both sides.

It’s important to keep pressing the roat bread while cooking it so that it gets lovely and crisp on the surface.

The hot roat with a dollop of ghee makes for a delicious and comforting dessert.

It’s not too much on the sweeter side and the kids are going to fall in love with this particularly flaky snack.

The texture of this bread makes it very unique as it’s crisp on the outside and nice and soft on the inside.

You’ll find different variations of this dish being made in different parts of the Northern region, sometimes dry fruits and nuts are added to give it sweetness and crunch.

There are also some regions where some kesar is added to the bread to give it a royal touch.

So do try this simple bread and enjoy the sweetness in every bite.

Do check out some of the other Indian bread recipes that I’ve posted: Laccha Paratha, Masala Paratha, and an interesting Broccoli Paratha.

You can try the Hyderabadi Dum ke Roat Recipe here 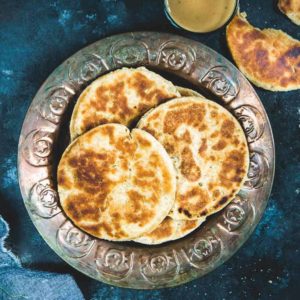 You can also bake the roat in an oven.