Navratri is a celebration of Shakti. It is a unique festival in India wherein we cherish the existence of Goddesses. When translated from Sanskrit, ‘Nav’ means nine and ‘Ratri’ means night. Hence, the name Navratri because during these nine days, various Goddesses are worshiped.

While Bengal manifests Goddess Durga through Durga Puja, in Gujarat and the western states of India, Garba (folk dance) is performed for welcoming Goddesses for nine days. Festivities aside, during these nine days, onion, garlic based dishes and non-vegetarian dishes are avoided.

And, people practice fast during which only Falahari dishes like Aloo Sabudana or fruits can be consumed. Often times, some people even observe nirjala upvaas and they do not consume anything other than water for nine days.

While you must have eaten Falahar dishes various times during Navratri, have you ever wondered why it is suggested in the Hindu tradition? What is the Significance of Falahar during Navratri? 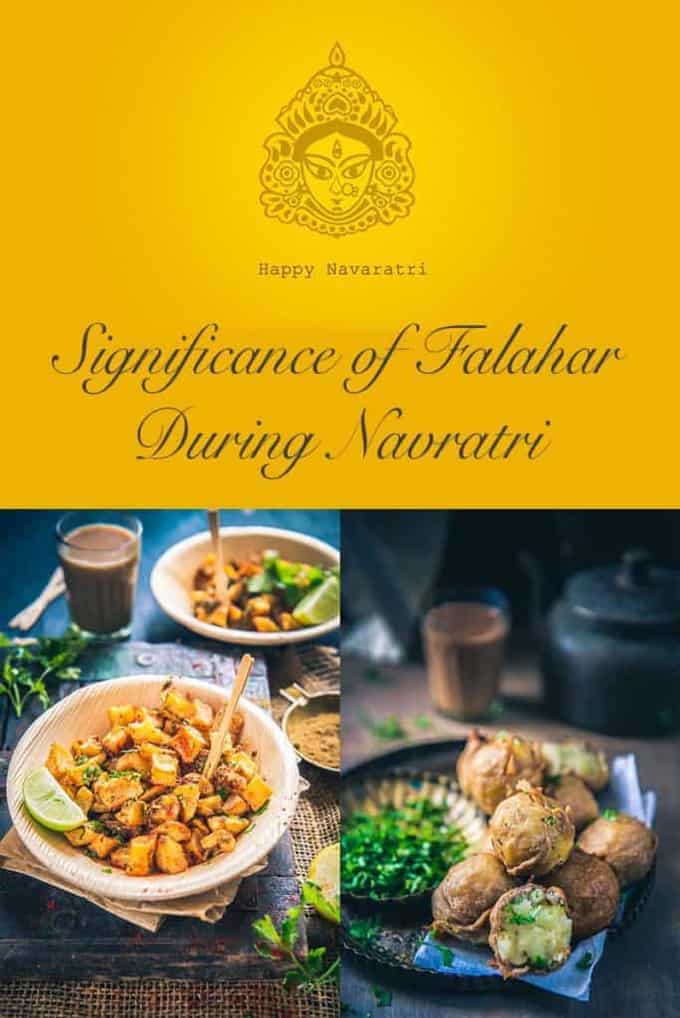 With the onset of Navratri, the season changes from monsoon to winter and hence our immunity takes a dive as well. As per Ayurveda, one should avoid eating non-vegetarian, onion, garlic as they are considered “tamsik” during this period and they plummet our immunity!

By opting for Falahari meals, made from buckwheat flour, chestnut flour, rock salt, or fasting, it is believed that one can divert one’s mind towards spirituality and connect with God on a higher level.

Though Ayurveda is backing the diet of Falahari food and fasting, having been through that once or twice in a year, I can assure you that after fasting I feel really light and my appetite nicely rejuvenates itself and that is something that I always forward to!

Be it in the name of Navratri or Janmashtami, fast just for a day (if your doctor permits), and you are sure to feel all freshened up!